I want you to say D8 out loud if you don’t understand the title.

I’m a lucky gal because Ben is home for the week to celebrate Thanksgiving! Since we have to make up for our date quota, we have been exploring nonstop this weekend.

Groucho’s Deli recently opened up on Park Road. I first experienced its greatness while visiting Columbia, SC where it first originated in 1941. Their “Apollo Dipper” is famous, and did you know that it was named after the spaceship in the Apollo mission that put astronauts on the moon for the first time. Mind=blown.

So of course I got an Apollo dipper, but we also got this “Mid East Special” with lean pastrami and melted provolone. It was just as amazing as it looks in the picture. Please refrain from licking your screen.

Next morning, Ben had to go to Your Mom’s. There was no chance he was going to miss out. We got everything from grapefruit jalapeño to brown sugar fig. DELISH. 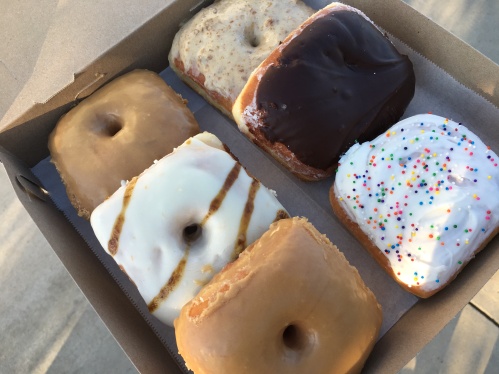 We then high-tailed it over to Queen City Grounds because without coffee, we are evil zombies that are passive aggressive and are super scary to interact with. The more you know! 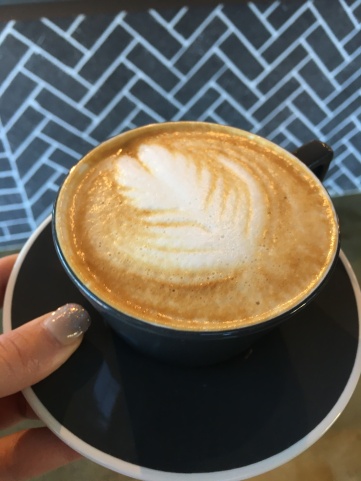 We played some mini golf in the loft, drank half of their fall menu (literally went to the counter right after coffee and ordered butterbeer) and hung out. Ben approves of the butterbeer. We think it’s better than the one at Harry Potter world. @ me Universal.

Also, we rolled around South End looking for the mystical golden leaves Golden Cow Creamery has hidden. You find one, you get ice cream. We found TWO of the ten spots they hinted at on IG but alas, someone beat us to it.

But first, there was a dog adoption event happening outside. Look at this good boy getting his Christmas card taken with Santa: 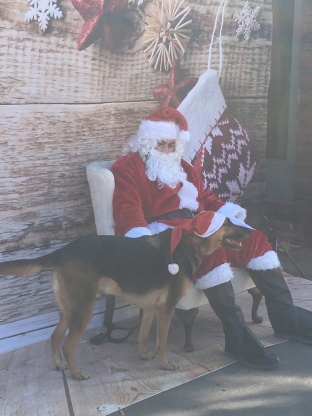 I failed to get a picture of my cider and Ben’s iced coffee (*GASP!* I’m a food blogger failure!) but they do have pretty rad wallpaper in the bathroom.

Stay tuned for part two of our whimsical weekend of exploring. If you’re like me, I will not pay attention and zone out if there are too many words, regardless if it’s my own website or not. So let’s stop while we’re ahead and we’ll continue on part two. Coolio!