As in Pink Ladies. Apples. Talking about apples, guys.

And I couldn’t think of a caption that could go with Flo-Rida’s “Low” so…there’s that.

Recently I went apple picking at Sky Top Orchard outside of Asheville. It was a huge check off my bucket list, and one of the most scenic landscapes I have ever visited.

You pay for a basket and are set loose into the orchard to pick off the trees that are ready and in season. Honeycrisp and Pink Lady it was.

Those buckets looked small but they were deep, and I got a little too excited. I ended up bringing back enough apples to make five pies, not counting the ones I bought before my trip at the farmer’s market. Oops.

Then it dawned on me- I could be an impressive, actual adult and make apple pie. I could then freeze it and bring it home for Thanksgiving. Plan seems foolproof.

I went to Target and Trader Joe’s to pick up extra ingredients (oh you mean pie from SCRATCH scratch) and nice pie tins to give away. Unfamiliar to this and not wanting to spoil the surprise, I FaceTime my aunt in Target to make sure I had the right tools at hand to succeed.

I get home and start rolling. I followed this recipe from Tasty and put on some Mumford and Sons. Slowly but surely my kitchen starts to smell like apples, butter, and cinnamon. I’d also like to add there were no fingers lost or blood shed in this process of making pie. My neighbors must think I’m building an arc or something from how loud I was chopping the apples though. They were dense y’all!

I did my math slightly wrong when calculating out how many apples it would take for 2.5 pounds. That pie was humongous. 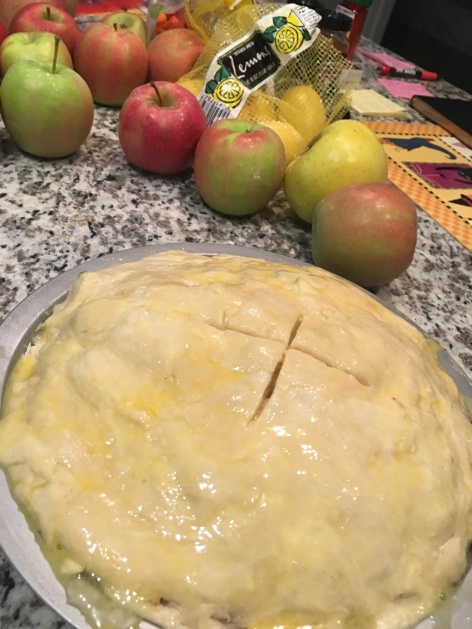 I also realized a little too late in the baking process that I did not own a rolling pin. I ended up using a metal water bottle. It worked. 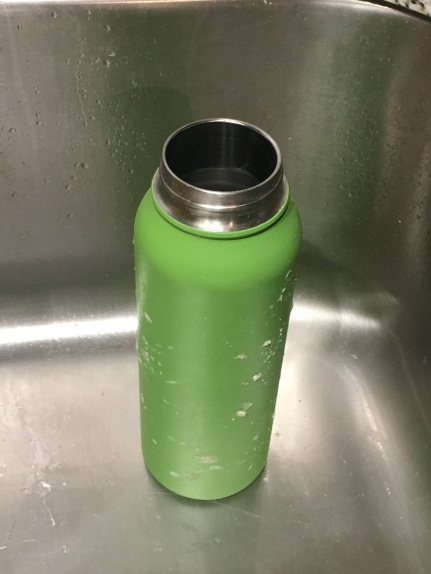 Witness me and my problem solving skills! But Mom found out about the pie and the lack of rolling pin so Amazon will be sending me one via her prime account tomorrow.

Behold. The prototype. I ended up using a mixture of farmer’s market and mountain apples so there was a definite flavor variety happening here. Filling was awesome, dough was a little chewy but that’s due to the lack of rolling pin action. The egg wash made it super crispy on top, but because it was so big most of it just leaked onto my countertop. Then I had to disinfect because ain’t nobody got time for samonella.

I’ve told everyone I know I made this pie and enough filling for three more pies. I am so proud of it. I can now make chicken, rice, broccoli, peppers, and apple pie. Such a variety. I’m a full blown adult now.

That’s sarcasm. I hope you picked up on that. But look at my pie!!!!